Edit
WELCOME
Welcome to the Sirius the Jaeger Wiki, the unofficial comprehensive source of information on the Sirius the Jaeger anime that anyone can edit. Please help our wiki by creating or editing any of our articles!
The wiki has 1,548 edits to 47 articles and 104 images since its creation. 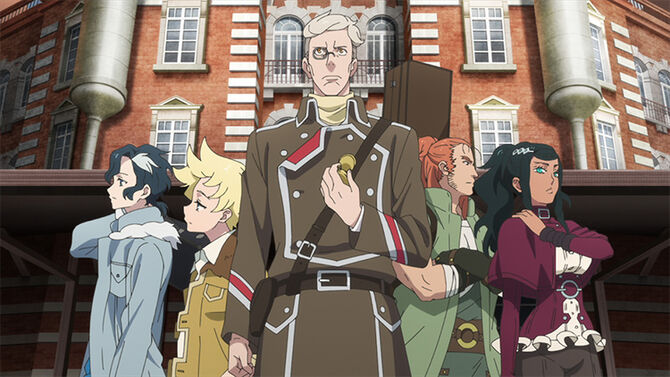 STORY
Imperial Capital, 1930. A strange group of people carrying musical instrument cases landed on Tokyo station. They are called the “Jaegers”, who came to hunt vampires. Amongst them, there stood a young man with striking serenity and unusual aura. His name is Yuliy, a Sirius whose home village was destroyed by vampires. Yuliy and the Jaegers engage in deadly battle over a mysterious holy arc only known as “The Ark of Sirius”. What truth awaits them at the end…? With eternal affinity and spiral of conspiracy entwine, the highly anticipated action-thriller anime begins!

CHARACTERS
HELPING OUT
To contribute a Sirius the Jaeger article, simply enter the article title in the box below:<createbox>

After the incident with Dr. Hanada and Saki, Yuliy begins to remember the days he spent in his home village; Dog-Ville. He lived with his family peacefully, however, vampires attack the village to obtain the Arc of Sirius. With his mother murdered, Yuliy runs away with his brother in desparation. He survives at the cost of his brother's sacrifice. And now, he is torn by the fact his brother, Mikhail has turned into a vampire. Can he really point his fang against him?
LINKS
TWITTER
Twitter
Community content is available under CC-BY-SA unless otherwise noted.
Advertisement